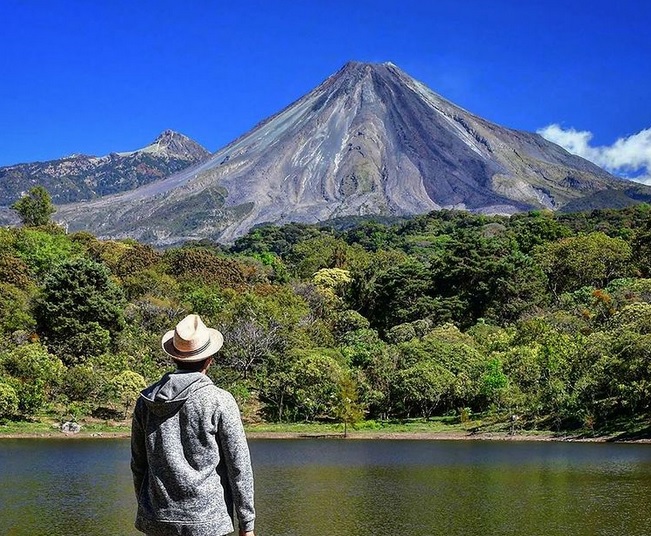 Despite being one of the least extensive states in the Mexican Republic , Colima has a wide geographical variety within its territory such as beaches, islands, forests, dry forests, mountainous areas and a volcanic complex where the imposing Colima Volcano is located .

The Colima Volcano is located on the limits of Colima and Jalisco , however, it is better appreciated from the Colima territory, which is why it has become a characteristic element of this state because its imposing beauty is responsible for creating beautiful landscapes, yet its majesty is equivalent to its potential danger.

Here are 5 interesting facts about the imposing Colima Volcano:

It belongs to the Colima Volcanic Complex

The Volcano of Fire of Colima has an altitude of 3,960 meters above the level of the sea and next to the volcano Nevado de Colima and volcano Cántaro from the C Volcanic Complex of Colima, it is noteworthy that the Colima Volcano is the only asset of these three volcanoes.

According to information published by the University of Colima, it is estimated that the Colima Volcano was formed approximately 50 thousand years ago , however, there is no exact data on its formation.

The Colima volcano is a stratovolcano , which means that it is made up of multiple strata or layers of hardened lava and due to its constant activity, the lava that flows from its interior hardens before reaching very far, so its altitude increases. constantly .

According to information from the University of Colima, the Colima Volcano has had at least 40 explosive eruptions in the last 500 years without counting effusive activity or lava emission, so constant monitoring is important to study its danger.

On February 3, 2017, the last eruption of the Colima Fire Volcano was recorded, for more than a week it threw incandescent material on all its flanks and the ashfall was recorded in the towns surrounding the volcanic area.

The closest town to the Volcán de Fuego de Colima

La Yerbabuena is the closest town to the Volcán de Fuego, it belongs to the municipality of Comala and is located 8 kilometers from the crater. Due to its proximity to the volcano, ashfall is common in this place, it is worth mentioning that if the volcano intensifies its activity, the inhabitants are obliged to evacuate the town to protect themselves.