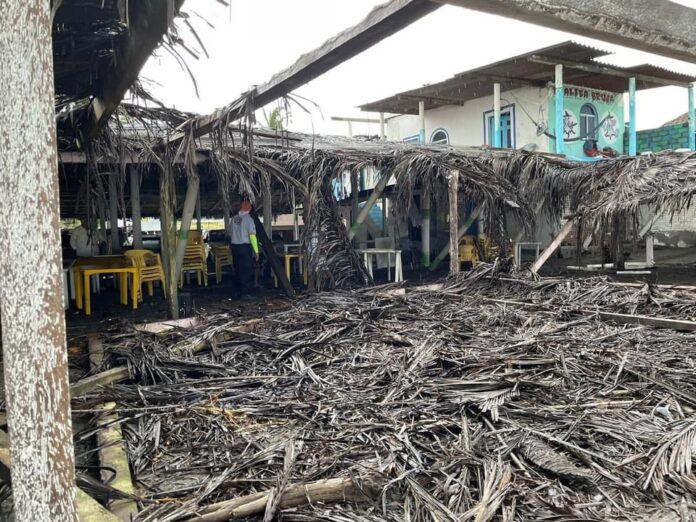 The state director of Civil Protection, Ricardo Ursúa Moctezuma, confirmed that there is severe damage in the coastal municipalities of Colima due to the high waves caused by the passage of Hurricane Enrique.

To translate video from a foreign language:

You’ll see that the subtitles have automatically been translated into English. While everything won’t be translated with 100 percent accuracy, the whole idea is that you can at least get a rough translation so you can easily follow along.

In the municipality of Manzanillo, the first temporary shelter has opened, located in the National College of Technical Professional Education (Conalep), and it is expected that people will begin to arrive to take refuge.

The Regional Captaincy of the port of Manzanillo closed navigation to larger vessels. The port has been closed for smaller boats for the last two days already.

Through his social networks, the Governor of Colima José Ignacio Peralta Sánchez reported that a momentary evaluation of the damage caused by this weather phenomenon is being carried out.

Therefore, the state governor asked citizens to take their precautions in case it is necessary for them to leave home, in addition to attentive to official information issued by the state government.