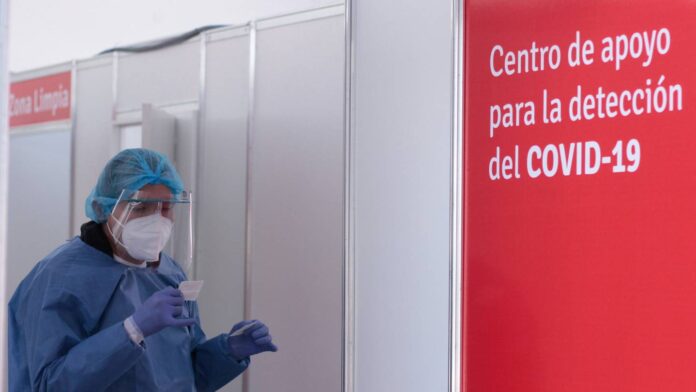 Cases of the Alpha, Delta and Gamma variants have also been identified in the state; the Epidemiological and Health Intelligence Unit called on the population to avoid non-essential international travel.

The Secretary of Health and Social Welfare of Colima confirmed that a first case of the Lambda variant of coronavirus had already been detected in the entity.

With the entry of Lambda, there are nine different variants of SARS-CoV-2 circulating in Colima, informed Leticia Delgado Carrillo, head of the SSBS in a press conference.

“96 cases of patients with variants other than the SARS-CoV-2 virus have been reported so far, of which 48 percent (46) belong to variants of concern and more serious disease.”

The head of the agency explained that of these cases, 23 correspond to the Delta variant, 13 to Alpha, and 10 to Gamma,  while of the variants of interest there is only one case of Lambda.

He specified that the dispersion of the variants in Mexico is increasingly spreading to more states in the country, as shown by the SARS-CoV-2 genomic surveillance program, so it is very likely that this growth of cases will continue in the entity. .

The same program shows in its study that the most affected age range is between 30 and 50 years of age, with a higher percentage of women than men.

For this reason, he announced that the Epidemiological and Sanitary Intelligence Unit has issued at the national level a preventive notice of international travel since the country is at a high-risk level for this type of activities and it is highly recommended that trips that are not essential.

In the midst of an insecurity crisis, Colima is now fighting the fruit fly

Tropical Storm Blas becomes a category 1 hurricane off the coast of Manzanillo, Colima