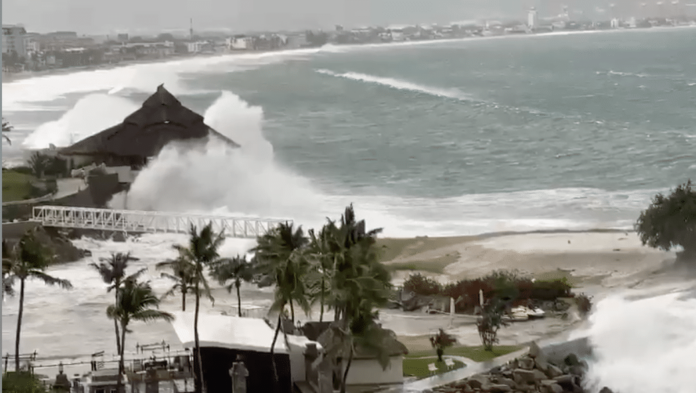 Coordinated by the Directorate of Civil Protection and Firefighters, the Mayor’s Office of Manzanillo applies an operational plan of action in the face of the effects of Hurricane Nora, with the aim of preserving the life and property of the population.

These instances are supported by the State CP System, SEDENA, the Mexican Navy, the National Guard, the Red Cross, Volunteer Firefighters, the El Colomo Immediate Reaction Command, and the CFE.

According to the statement, Nora affects Manzanillo with sustained rains and winds of 54 km / h, gusts of wind of up to 93.96 km / h.

The phenomenon is found off the coasts of Jalisco and Colima.

The swell that occurs in Manzanillo is 3 to 5 meters high.

The mayor, Griselda Martínez, assures the population that “the most important thing is that the population does not go out into the streets. If you live in a risk area, take shelter with family members in safe areas. With the gusts of wind, trees, signs and cables have fallen, so the main recommendation at this time is to avoid going out and do not put your life or that of your family at risk ”.

Due to the report of several fallen trees in different parts of the city of Manzanillo, brigades of workers equipped with chainsaws and tools have been deployed to clear roads.