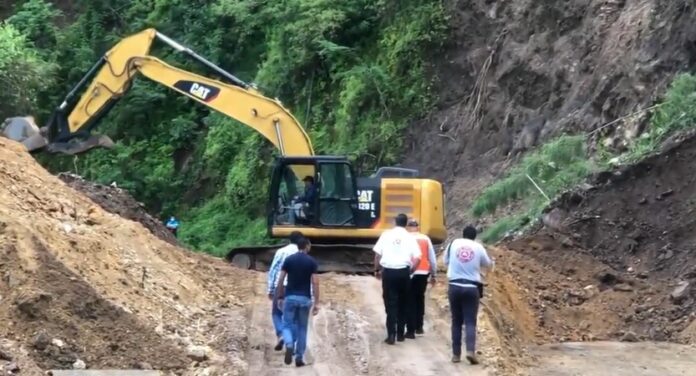 The rains caused by Tropical Wave number 30 caused a landslide on kilometer 34 of the Minatitlán-Villa de Álvarez highway.

VILLA DE ALVAREZ, COLIMA (September 17, 2021).- Due to the rains caused by Tropical Wave number 30 in mountainous areas of the state of Colima, two landslides occurred on kilometer 34 of the Minatitlán-Villa de Álvarez highway, obstructing the entire road.

Machinists who were in the place removing material from other landslides reported to the Civil Protection authorities, that apparently, there were people trapped.

Immediately search and rescue personnel moved to the place and while they were carrying out the maneuvers they heard a person crying for help. They managed to find a woman alive, who was taken to a hospital with serious injuries, but she was reported stable.

The rescued woman reported that there was another person trapped by the collapse, so rescue work continued and the lifeless body of another woman was found.

In a preliminary way, it is known that after the first collapse, people crossed the area on foot and there was a second collapse with more material that trapped them.

The work continued throughout the night and in the morning of Friday, September 17th, and around 9 am, it was reported that a second lifeless body was found.

The instability of the terrain had already been previously reported to the Colima state authorities.